Another odd theme today, where the letter M ends the first word of a two-word phrase, and the letter R starts the second. The first three theme answers are all fine - BOTTOMROW (18A: 64-, 65- and 66-Across, in this puzzle) (Odd clue. And if you're not going to use the Oxford Comma, why put one after "66-Across?" That isn't really necessary, is it?), STEAMROLLER (20A: Heavy vehicle that smooths a road surface), and PALMREADING (55A: Means of fortunetelling). The last one - AMFMRADIO (58A: Audio feature that comes standard on cars) is a little less strong, because "AMFM" is an abbreviation, or at least it started out that way. I doubt many people could tell you off the top of their heads that it stands for "Amplitude Modulation/Frequency Modulation." I couldn't have, anyway. Good ol' Google. 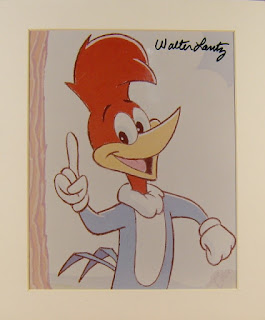 And one last thing about the theme, when I got to the centrally-located revealer, I spent a lot of time wondering how I was going to spread "Jim" out across all those spaces. Silly me, though, because one doesn't mess around with Jim, and that clearly was not included.

On the bright side - and we always do prefer to "accentuate the positive" - I liked seeing fun words like GIZMO (5D: Thingamabob), FLUMMOX (39D: Discombobulate), and KABOOM (6D: Explosion sound). And the two-word, descending three-stack of TOREOPEN (11D: Ripped the wrapping off), INORBIT (12D: Circling the earth, say), and NOWAIT (13D: "Oh, hang on a minute!") was strong.

There's almost enough to "eliminate the negative," but not quite. Today, I'm afraid we're going to have to mess with MRINBETWEEN.