Another toughie! As is often the case, I made a few errors that I clung to for far too long. One was "ApOLlo" for AEOLUS (25A: He gave Odysseus a bag of winds). It should have been obvious, because Aeolus is the god of the winds. Duh! They often use his name to mean wind in Latin texts I've read. But anyway, that didn't come to me in time, and when I saw A_OL__ I filled in the first god that came to mind. It was finally the old crosswordese standbys UAE and SNL that fixed it up.

And while that clue wasn't meant to be overly tricky, others definitely were. 42A: Top choice in December? (DREIDEL) That's some fancy clue work! 7D: Radio listener grp. (SETI) - very nice. 47A: Take the wrong way? (BOOST) - also good, but I've seen variants on that one before. 50D: Moves behind? (TWERKS) - Wow! Today I'm kind of glad my dad doesn't do the NYTX. On the other hand, he would have really enjoyed 29D: He actually said "I really didn't say everything I said" (BERRA). Hah! 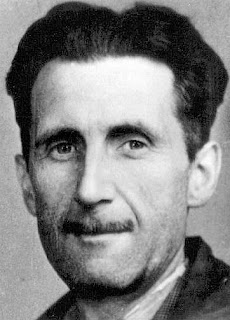 So then we come to the theme, which I broke with DONNYBROOK (51A: Free-for-all). I like that one, and I really like LAMESTREAM (28A: Like traditional media, to some). CHICKENRUN (21A: Fowl territory?) is less good. Because "chicken run" isn't all that common a phrase, and "run" isn't used all that often to mean "small stream." In fact, that is definition number 120 (counting all the verb forms, which come first) in my old Random House College dictionary. I'm not saying that we don't all understand it, I'm just saying it's not as good as the other two.

On the whole, though, I have a positive feeling about this puzzle. I enjoyed fighting with it, and I feel satisfied to have finished it. And for me, that makes a good puzzle.

p.s. 1A: Tablecloth material (LACE). B-. It would have been better with a more Huygens-y clue, but it's still not bad.

p.p.s. Love the debut of MRYUK. For a picture, see the "Solution and notes" section of xwordinfo.com. (link on sidebar)
Posted by Horace Fawley at 11:03 PM