Today we celebrate eight comedians whose last names appear together two at a time as a PAIROFJOKERS. Martin Short, Jonathan Winters, Betty White, Bob Hope, Billy Crystal, Lucille Ball, Chris Rock, and John Candy. Funny (heh) that this should come up this week, because Frannie and I will be seeing Martin Short this coming weekend. If only his partner at that show, Steve Martin, could have been worked in somehow... And hey, does it strike you as odd that in each pair there is one living and one dead comedian? Hmmm... it does me. Especially since the pairs are also somewhat normal phrases. ROCKCANDY and CRYSTALBALL are perfectly normal, but WHITEHOPE doesn't do much for me. Does anyone actually use that term? And doesn't it seem slightly racist? SHORTWINTERS, too, seems a little arbitrary, but at least not aggressively so. So mezzo e mezzo on the ol' theme-o. 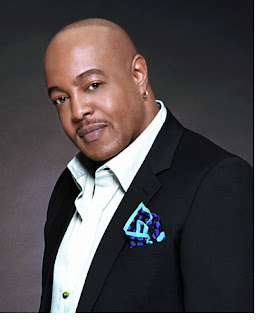 There's some nice longer Down answers, including the full MAUNALOA (8D: It last erupted in 1984) complete with a more interesting clue than usual. DESERTPLANT (10D: Cactus, for one) is a little odd, but DISCREDITED (23D: Damaged the reputation of) is solid.

I didn't particularly like running into all that three-letter crosswordese in the middle - RIA, IDI, DYE, RAJ, LIC, BOK, RIN... and I'm a little tired of seeing ONPOT (34A: Baked or stoned) in these puzzles, but I guess that's what we get for the dense theme and somewhat chunky SW and NE corners.

I liked 1A today, PAID (1A: Like the best kind of vacation). I'll give it a B+. The word is quite plain, but it's clued very nicely.

And a few more things, ONEAL (46A: Onetime center of Los Angeles) totally tricked me. I gave up on the clue immediately, thinking "What do I know about that city? Nothing!," totally forgetting about Shaquille. And DOGSIT (4D: Doesn't give one's full effort), with the "sh" of SHORT... so close by... it looks a little startling if you just quickly glance up into that quadrant, and kinda throws off the FENGSHUI of the puzzle. :)

I didn't love it, but I do enjoy comedians, and there were some nice entries.