My attitude changed, however, when I hit HET (5D: Boiling, with "up"). Some might be annoyed by this old slang, but my sister says this all the time, and I love the expression. Then with all that in place I saw SARAH___ at "1A: Onetime debater with Joe Biden," (I'm not rating it) and it was just a matter of waiting to see what the rebus would be. And then the waiting was over when I saw 6D: Spacious and splendid ([PAL]ATIAL). Heh. SAYHELLOTOMY / LITTLEFRIEND went in without hesitation when I reached it, and then it all started to unravel quickly. It was an elegant touch to get DE[PAL]MA (54D: "Scarface" director) in with a rebus square. 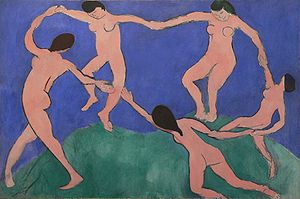 I love several answers in this one. OHSNAP (9A: Response to a verbal slam) and FACE[PAL]M (51D: Gesture indicating "How stupid of me!") are great. 17A: Tests of crews' control? (REGATTAS) and 38D: Brady bunch, in headlines (PATS) took me way longer than they should have. 39D: Bond yield? (INTEL) and 24D: They may be conceived around Halloween (LEOS) were tricky, too! And maybe my favorite was the clue on the classic EIEIO (31A: Refrain from farming?). Excellent.

This would be a definite contender for "puzzle of the week," if only we handed out such an award.

I ended up in a panic needing LEHI / UTAH (59D: With 61-Down, city named for a Book of Mormon prophet), but eventually I realized that "BEERhall" was wrong, and I remembered SAMSMITH's name from the Oscars, and then things finally came together.