An entertaining puzzle for a lazy Sunday morning in the beginning days of a vacation. What could be better? Frannie and I passed this back and forth while drinking coffee and enjoyed uncovering the theme answers one by one. It's hard to pick a favorite, but PANTYHANDLER (44A: Victoria's Secret job description) might be the FLASHIEST. The Down themers are also both solid - PETTYROCKS (44D: Sign seen at a Heartbreakers concert?) and JETTYLINER (40D: Protective covering for a pier?).

It seems like there's a ton of theme, and as a result (I'm guessing) we see some of the deeper crosswordese cuts - ARIL (20D: Botanical cover), ALAR (38D: Banned fruit spray), DYAD (36D: Couple), and the almost comical OEDS (35A: Brit. reference sets) and RSTU (108D: Queue after Q). You know, when we started writing this blog, we were genuinely amused by the number of times "eel" (and its variants) showed up in the grids. Now it's almost like a game or an inside joke when we see things like OMAR, ERE, and AOK (5A: Copacetic). We've spoken with a few constructors, and they all seem to be resigned to the idea that it's just sometimes necessary to include a few of these words. Peter Collins, for one, is willing to joke about it. He once wrote in his own commentary of one of his puzzles on xwordinfo.com "I like that I was able to fit the names of my three children - Elie, Esme, and Esai - in the grid." Heh. 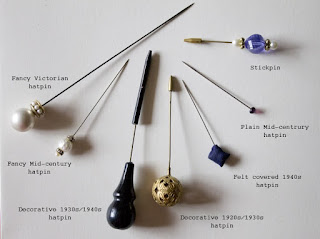 So anyway, aside from the above, the fill was actually pretty decent. Ever since I went through a pretty elevated phase of constructing paper airplanes that would perform tricks I've liked the word AILERON (5D: Airplane maneuverer), and the clue for CHOWMEIN (77A: Literally, "fried noodles") is one of those interesting factoid types that we enjoy.

And overall, we enjoyed this puzzle. I'm even going to give 1A: Contents of some tubs (LARD) a B, mostly because one of my brothers (a future tub?) has taken a shine to LARD and all other things fat-filled and once considered deadly. Good luck, Rich! You've always been ahead of the curve. First, back when you were a vegan, and now, when you're on the all meat, all fat, all the time diet.