My first pass through the clues yielded very little today, and every time I got an answer it surprised me a little that I had actually figured it out, but eventually clues that at first seemed completely opaque suddenly made perfect sense. In short, it was just like a puzzle ought to be. 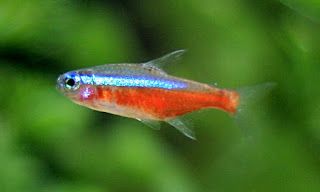 I was at a party last night where people, when I asked if they did the NYT crossword, said that it was too hard. I've known these people for a long time and I know that they're not idiots. I think that if they just gave it a little time, that they could get through most crosswords. But no, they quickly recoil from the idea. What makes someone enjoy puzzles and another not? It's a puzzle! And one that's too hard for me to solve. :)

Anywho... let's get down to business. Lots of good fill today with a minimum amount of glue. Just as we have come to expect from Mr. Silk. I enjoyed the paired Civil War battle sites MANASSAS and ANTIETAM, and the opening and closing pair of BLACKFRIDAY and CYBERMONDAY was also nice. Another pair was the two eponyms TASMAN and REESE both of which were unknown to me, but inferable with a few crosses. The World of Warcraft pair (HAG and IMP) were also unknown to me, but again, they seemed plausible enough.

I loved the clues for SUBLET (31A: Release?), WINESTEWARD (59A: Port authority?), ATBAT (25D: Single chance?), and ANDREADORIA (62A: Name that went down in history?), question marks and all. One clue that didn't have a question mark, and consequently took me quite a long time to figure out, was 27D: Spots for air traffic controllers (RADARBLIPS). Hah!

Overall, though, a very good Friday.