Many times this puzzle brought a smile to my face as I filled it in, and that's a good sign. I particularly loved ICANTEVEN (13D: "This is too much"), ANDIMOUT (15A: "That's it ... too rich for me") (too bad that couldn't have been the last Across entry), EMOTICON (64A: Small show of one's feelings), and ROTGUT (29D: Poor spirits?) (Hah!). We've seen FOODCOMA (1A: Postprandial woe) somewhat frequently, it seems, but I can't really fault Ms. Rhode for that, so I'm still giving it an A-. 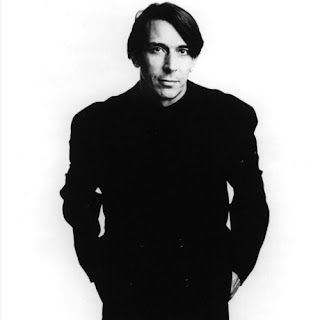 That's a heck of a clue for EROICA (16A: Classical record on Norman Bates's turntable in "Psycho") isn't it? Sheesh! Of course, with a couple letters it became inferable, but still...  DREDGED (28A: Brought (up), as from the distant past) is a good word, as is KIBOSH (59A: Put an end to), although one doesn't hear the latter being used as a verb very often. One generally "puts the KIBOSH" on something, one doesn't go around "KIBOSHing" things, does one?

OTTER (49A: Oyster cracker?) was fun, and "18A: Ross and Spencer" (DIANAS) took me a long while. There were a couple of clunkers - NUMBEST (44A: Most insensitive), REPAYABLE (34D: Like debts), and PASSATEST (14D: Prove one's worth) (the indefinite article definitely struck a nerve), but none of those are really actionable offenses. They're just slightly off. I'd take more points off for ENA (43A: Disney aunt), but really, there's not much wrong with this grid. I enjoyed it.