STARCROSSEDLOVE (34A: Relationship doomed from the start ... or something found in this puzzle four times?) is the theme today, but two of these couples are still together, aren't they? BENING and BEATTY, and PITT and JOLIE? And the other two, well, it was a long time ago, and I don't really know, but star-crossed just seems a little too dramatic. Still, I enjoyed this theme. It's not perfectly symmetrical, but I kind of like that about it. Not even perfect couples are 100% perfect. 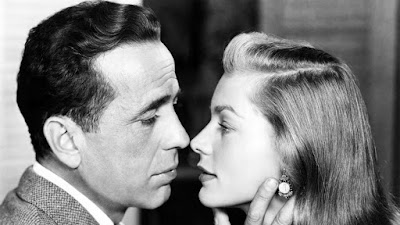 1A: Markka spender, once (FINN) gets an A. Why? Because I'm a FINN, that's why. Plus, it's good. The four long downs in the NW and SE are all strong. IRRITANT (2D: Smoke in one's eyes, say) is well-clued, especially since, in a love-themed puzzle, one's thoughts might be drawn to the old song "Smoke Gets In Your Eyes," and to think about that title with the IRRITANT meaning is amusing. And in the other corner, OPENFIRE beside VENGEFUL seems another good pairing, but the clue for GRASSFED (55A: Like beef cattle, dietarily) is somewhat disingenuous, given the current feed-lot situation in the U.S.

There were a few odd partials, like ABITE (60A: Grab ____ (eat on the run)) and ARUN (62A: Give ____ for one's money), and I think "add-ons" is more natural sounding than ADDINS (33D: Functionality-enhancing computer products), but maybe that just shows my ignorance of such products. And finally on the negative side, ENSOUL (27A: Fill with a spirit) is questionable.

On the whole, I enjoyed the puzzle. Onward to The Turn!