An attractive grid today with twelve entries of ten or eleven letters. Not bad. My favorite might be AMELIORATE (26D: Take the edge off), but OPENBORDERS (1A: Feature of the European Union) (A-) and INTERRACIAL (49A: Like marriage supported by Loving v. Virginia) are both strong, too. ANYTHINGBUT MADEABOOBOO, actually. Yikes. TITLEFIGHT (27D: Someone gets belted at the end of it) is clever, and might be moreso if it weren't for the fact that someone is getting belted from start to finish! Heh. Oh, and that whole NE corner is very good, too. With AMBULATORY (12D: Not bedridden), BOILEDOVER (13D: Blew a gasket), and ECOSYSTEMS (14D: Caves and coral reefs, for example). So the "long-word" theme gets a thumbs up. :) 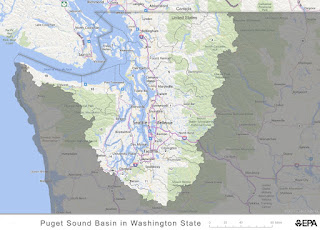 The twelve six-letter-and-up crosses are all pretty strong, too. ARIOSE (43A: Melodious) does not appear in my deskside Webster's (they favor "arioso"), and LIEGEMAN (38A: Vassal) is a tad obscure, but it's Friday, and we allow some of that sort of thing. SATYRS (40A: Part-human gods) is good, BAHAMAS (5D: Where many Loyalists resettled after the American Revolution) gets an interesting clue, and PIMIENTO (33D: Red stuffing?) puts one in mind of a martini, which is never a bad thing on a Friday afternoon.

It's only when we get into the smaller stuff that we find any real glue. HOAG (44A: Romance novelist Tami) was unknown to me, and RETIE and PINAS are a little weak. RES, ETH, CHA, VIOL, OMAN... these are all pretty standard bits of glue. HAMA (46D: Mie ____, actress who played the Bond girl Kissy Suzuki) is a stretch. Is any "Bond girl," as they put it, acceptable? I would argue not.

On balance, though, this was a fine Friday puzzle. There's enough good long stuff to justify the glue.