Given the revealer of ATANDT (44D: Communications giant ... or a possible title of this puzzle), you'd maybe expect three-word theme answers beginning with those letters, or answers having only one A and two Ts, in that order, but instead we have two answers with two As and three Ts, and one with exactly one A and two Ts. The answers themselves are fine, good even, in the case of ATOMICTHEORY (54A: Basis of particle physics), but overall, it's not a strong theme. Or am I missing something? 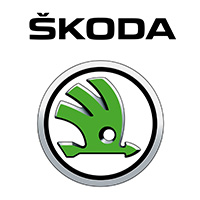 1A: Misgiving (QUALM), on the other hand, gets a strong B+. If it were at all humorous it would be in the As. And maybe it ought to be an A- anyway... I'll leave that up to you.

The fill has a number of better-than-average bits - VECTOR, NAPALM (35A: Incendiary weapon), HOAX, TRENCHES (38D: Soldiers' digs?) (Ha!), and KOALA are nice. Less nice are ELHI, APTNO, UAE, and IMET. I actually don't mind the common "name + roman numeral" convention, especially when, as here, the clue makes it worthwhile: LEOVII (34D: Pope said to have died from a heart attack while in bed with his mistress). Is that considered "pre-marital," "extra-marital," or something else? ... Why does anyone pay any attention to the Pope at all?

Didn't love HOODOO (46D: Bringer of bad luck), and would have preferred "voodoo," of course. LORAIN (42A: Ohio city on Lake Erie) and SPITZ (10D: Pointy-eared dog) were completely new to me, but crossed fairly.

Overall, not perfect, but not terrible.