I'm all too familiar with bed frames recently, as Frannie and I have been trying to empty out her family's seven-bedroom home. And somehow there were even more beds than bedrooms!

Today's puzzle runs through the standard bedframe sizes, Twin, Full, Queen, and King, using four well-known answers. The first, TWINPEAKS (17A: 1990s TV series about a murder in a town in Washington) is the weakest, because A, the show is 25 years old, and B, that show was set in Washington? Which one was it that was set in Alaska? 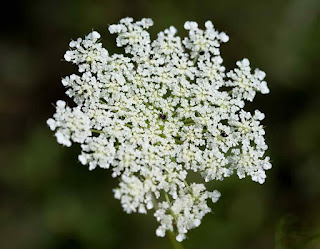 The theme is fine. Mr. Fogarty went a little heavy on the French today, with CREPE, EPEE, NEE, ADIEU, ETRE, and the third-person singular subjunctive form AIT. I'd almost rather it be (see what I did there? I used third-person singular subjunctive...) clued as a small island. At least that would appear in an English dictionary. Anyway, seems a little rough for a Monday. Especially with the somewhat tricky cluing of GOATHERD (9D: Job that might involve watching the kids?). Nice answer, though, GOATHERD.

Other bright spots include QUACK (49D: Phony doc) (Colum, does the profession use this word? Or is it taboo?), SKELETON (28A: Exhibit in an anatomy class), and the possibly controversial BOYTOY (42A: Young male viewed as a sex object). 1A: AIRS (Puts on TV or radio) gets a D+. The puzzle overall, though, is more of a wash. Good theme, some good fill, kind of a lot of NOAA, ALA, ICES ... and I've never really believed that NERTS (12D: "Rats!") is a real expression.