Whew! This was a fun one. And tricky! There were a few real moments of despair when that SW corner would just not come together for me. I got ALITTLEBIRDIE (36A: Secret's source ... that can be found four times in this puzzle) before getting any of the rebuses, and even knowing that there had to be one more in that corner, it still took some kind of trance-like state to finally see LO[WREN]T (54D: Shabby). You might have noticed that "Lincoln" fit into "62A: Best Picture subject nine inches shorter than the actor who portrayed him," but there were two possible problems with that - Was Daniel Day Lewis even taller than Lincoln? (no, he was two inches shorter), and Did it win an Oscar? (No, though it was nominated). "Capote" didn't fit, and even though O'Toole was just in a puzzle a few days ago, it would have been a long time before I came up with TELA[WREN]CE! So in short, I loved the theme. The rebuses were all nested, as it were, in very good fill, and the "little birdie" descriptor was apt, given the small letters needed to spell out the bird names. 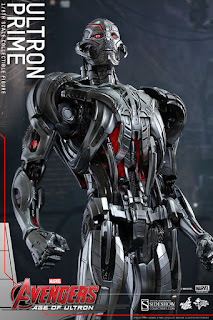 My first rebus answer came at the cross of IN[CROW]D (55D: Cool people) and [CROW]NROYAL (63A: Whisky first produced for King George VI's 1939 visit to Canada). That's a nice bit of trivia! In that same quadrant, I enjoyed the colloquial nature of NOTHERE (60A: "Let's go someplace private"). The mini ice cream theme, with SHOP, CONE, and CUP was cute, and in the opposite corner, the two "Lively" clues (UPTEMPO and SPRY) were also good. I tried "that is" for 1A: To wit (SUCHAS), and even though I like my answer slightly better, I'll still give it a B.

There's lots to like in here and very little to grouse (see what I did there? It's another bird.) about. Overall, a great start to the Turn! (For our new readers, that's what we like to call the Thursday, Friday, and Saturday puzzles, as a group.)

p.s. OMG! I see that this is a debut puzzle! And I'll add that it's got to be the best debut that I've ever seen. Can't wait for the next one, Mr. Moore. Keep up the good work!
Posted by Horace Fawley at 2:35 PM