A very fast Turn for me this week, with all three puzzles coming in under fifteen minutes. I've been very busy with other thoughts, and perhaps having so many active thoughts clears the mind, in a way, or at least opens a little wider the channels of thought. I'm not sure I'm explaining this well, but I'm thinking of how Glenn Gould said that he had a breakthrough while practicing piano in a room where someone was running a vacuum cleaner. I think he frequently practiced with a vacuum cleaner running beside him after that. Of course, he was a world-famous genius, and maybe these were just slightly easier puzzles than normal. Either way, I think Glenn Gould and I are pretty much identical.

Did I mention that I've been working a lot and I'm tired? ... 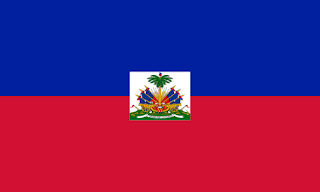 So anyway, this was another solid puzzle. Attractive grid - maybe a tad tight getting into the NE and SW, but the long pins, GRASSSTAINS (10D: They often turn knees green) and HAREBRAINED (22D: Cockamamie) are good, and the corners are wide open.

1A: Back in (RETROCHIC) gets an A-. It's a fun start, and it was one of the last things I put in. I had RE_R... for a while, and I got caught up thinking of "rear-something," as if you were backing up a car. Also, that CRAPS/SPRAT (19A: Anchovy or sand eel) cross was my final square, and for it I had to run the alphabet in my head. I love anchovies, but I had never heard the term SPRAT before. I like learning it, though, just as I liked learning of the pulse food group from crossword puzzles a couple years ago.

Love SPATE (55A: Run), and THEPOPE (40D: Obviously Catholic person, in a snarky rhetorical question) makes another appearance today (after being invoked by "Popemobile" yesterday), but really, what else could that have been?

Overall, maybe a little too easy for a Saturday, but no big complaints.