Sad to end the month with a careless error, but I'll take it, as I always try to, as a lesson to be more careful. In my defense, INCOG (36D: Disguised, briefly) is not exactly a great answer, and my attempt (INCOs) makes some sense, what with "cosplay" being such a big thing nowadays. Of course, TEXTMESSAsE (55A: *Its arrival might be signaled by a ding) makes no sense at all. Check. Your. Crosses. 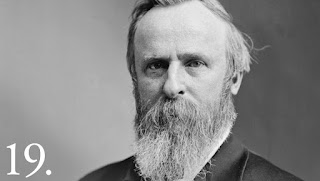 Now, on to the theme. I like the idea of all those things being found INABOTTLE, and QUALITYTIME (23A: *What a family spends together at the dinner table) (at least found in a bottle in song) and TEXTMESSAGE are both good. But FORKEDLIGHTNING (38A: Branches in a storm?) is not a thing that anyone ever says. Sure, lightning can be forked, but FORKEDLIGHTNING isn't a thing like QUALITYTIME is a thing. Or even like SWEETTEA (58A: So-called "house wine of the South") (Favorite clue of the month) is a thing. CARGOSHIP (18A: *Vessel with a large hold) is also a thing, but kind of a boring one.

So that's kind of a wash. The fill has a few annoying bits, like SOUPNAZI (22A: "Seinfeld" stock character?) (cute with the "stock," but still... when's that show going to fade gracefully away?), and ABU (2D: Aladdin's monkey), ISSEL (4D: Basketball Hall-of-Famer Dan) and FRYE (43A: 6'11" Channing of the N.B.A.) are not exactly Tuesday-friendly names.

I did like them bringing the LOLZ (32A: Hilarity, in Internet-speak), and GALLANTRY (3D: Courage in Battle) and CHENILLE (5D: Plush fabric) are fancy... are they worth ABU and ISSEL? It's a hard call. 1A: Pulling a rabbit out of a hat, e.g. (MAGIC) gets a B. I tried "trick," which fouled me up for a while, and I think Frannie tried something different but similar. Overall, let's call the whole thing ABASH. I mean a wash...

Colum takes over again tomorrow (I hope. :) ), and I'll see you in March. (Rumors have been circulating that Frannie might actually take March, and if those prove true, I'll see you in April. If I don't see you in person at the ACPT first, that is. (!))


p.s. Congratulations to Mr. Wilson on his debut puzzle!
Posted by Horace Fawley at 4:08 PM