Todays theme is a game of Blackjack, or TWENTYONE, between PLAYER and DEALER. The former gets two, three, six, and jack, totalling 21, the latter goes BUST, with ace, five, king, and eight (24). The cards are laid out on opposite sides of the table, as it were, and they're as symmetrical as words of different length can be. Horizontal symmetry allows for this, and the theme answers containing the circled "cards" are hit or miss. THREEBEARS (47A: Fairy tale family) is fine, GIVEMEFIVE (52A: Celebratory request) is ok, if a bit formalized (I would have expected "gimme five"), and, well, how are you going to argue with the full name JACKLONDON? ELITEEIGHT (110A: March Madness stage) is a little obscure, at least for this non-college-sports-watching crossword solver, and SERVICEACE (28A: It's unreturnable) seems a little overdone. It's like saying "frozen ice." It's just an ace, and it's just ice. 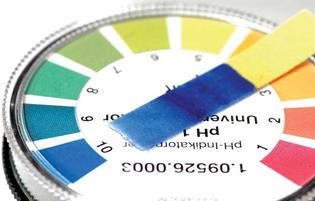 The puzzle was a little on the easy side, and as I was going through it I gave a few more eye-rolls than I did guffaws. I will not grade 1A, since it's part of the theme, but I will say that starting the puzzle with a cross-referenced clue is not my idea of a good idea. See also, 76A: "See 125-Across." Yuck.

I did chuckle slightly at 17D: Delivery instructions? (LAMAZE), and VAMOOSE (21A: "Get lost!") was nice. And 97A: Silly Putty holder (EGG) brought a smile both because, well, who doesn't love Silly Putty?, and because we just saw "Something Rotten" last night, the plot of which turns on a theatrical production that features dancing eggs. Hah! I highly recommend seeing it if it comes through your town.

So in all, I guess I didn't love it. There's the old names (DYAN, FOYT), the DREI/GRAU cross, the product placements (ANNTAYLOR, FENDI)... and not enough zip. Or even LILT.