The sport of basketball is featured today, and the actions of one of its "dynamic" plays are represented with "block," "rebound," "pass," "dribble," and "shoot." That's how a FASTBREAK usually goes, and I find the sequence to be adequately evocative, so thumbs up there. 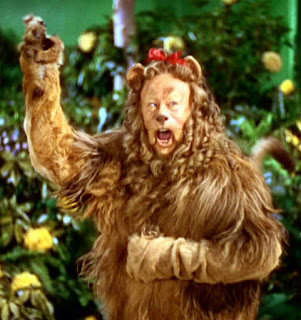 There sure is a lot of theme material (62 squares!), and several down entries pass through three (!) theme answers. Three of those four are fine, good even, in the cases of ANECDOTAL (10D: Not based on fact or research) and SIDEORDER (31D: Fries or slaw, usually), but SURETE (21D: ____ du Québec), on the other hand, is very obscure. Its cross SECADA (21A: Jon with the 1992 hit "Just another day") is even more difficult (to me anyway), and I argue that neither is crossword-worthy. OK, maybe on a Saturday, but not Wednesday. I stared at that square for quite a while, and even when running the alphabet it took me more than a moment to prounounce "sûreté" properly. Very, very tough.

Is it all worth it? Maybe. The theme answers are ok. Many platform sandals have a wedge heel, but some have a BLOCKHEEL, and SHOOTEMUPS put me in mind more of Halo and Grand Theft Auto than the much more innocent Space Invaders and Asteroids, but, well... Oh, ok, I'll say it. The cluing was not entirely to my liking! Whew.

p.s. And speaking of that, is "soured me on it" or "soured it for me" better? The latter seems to make more sense, but the former came to my mind first. Grammar nerds, ITSON!
Posted by Horace Fawley at 12:26 PM