Which is less common these days, a rotary phone or a payphone? Me, I've used a rotary phone within the last few months, when I set one up in my home office. The last time I used a payphone was probably at least ten years ago. Possibly twenty. 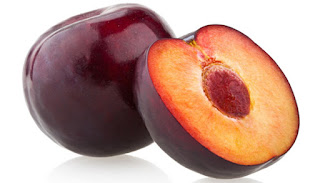 Still, the six theme answers (including the revealer) are all pretty common phrases. I am not - happily - very familiar with PAYFREEZE (54A: Action taken by a company in distress), but it corresponds with the least well-known phone type, and maybe that was intentional, so I'll let it pass.

The Downs were a little more interesting than the Acrosses today, with such lovely entries as BOOLEAN (10D: Kind of logic in which all values are either true or false), GARISH (41D: Obtrusively bright and showy), and DIFFUSE (44D: Not concentrated, as light), but they also contained a couple toughies. WICCA (6D: Pagan religious practice) and ODA (35D: ____ Mae (Whoopi's role in "Ghost")) are both on the border of Monday-ness, and ANASAZI (4D: Prehistoric Southwest culture) is most decidedly outside that range. I pity those who know even less about college sports than I do, for whom the beginning A might be just a guess.

And while I'm not LAUDING, I'll add that 53A: Place where a mother might sing "Rock-a-Bye Baby" (CRIB) was, if we want to get all fussy, a bit AMISS. The singing would be taking place beside the crib, not in it.

So overall I didn't LOVES it, but as noted, there were a few bright spots. Onward!