Merry Christmas! How 'bout for a present I clock you one?

Kind of a funny theme today of different words for violent impacts. "Clock" and "belt" are, to me, verbs indicating a direct hit by a fist. "Paste" is slightly more vague, and I guess it's close to "bean." I'd be likely to put those both in the passive voice. "He got beaned," "I got pasted." And finally, "pelt" I think of as implying collective hits, as in: "They pelted us with rocks and garbage." Overall, though,  whatever your shading of understanding, you can't really argue with them all falling in nicely under HITPARADE. The entries they end are also perfectly fine. LUCYVANPELT (24D: *Dispenser of psychiatric advice to Charlie Brown) probably ought to be the most obscure, but Peanuts seems to have incredible staying power, and I doubt very many will be stuck too long there. 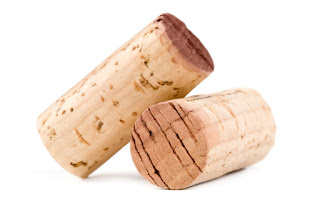 1A: Adhering to old-fashioned modesty (PRIM) - A. Uncommon word, in amusing contrast to the theme.
Favorite: BLURB (29D: Book jacket write-up). Fun word. I looked it up just now, and find that it was coined in 1910 by Galett Burgess with his book "Are You a Bromide?" which, based solely on the title, I think I will try to find.
Least: FAT Hey, it's Christmas, why you gotta hate? I'll go back to counting CALORIEs tomorrow!

I can't decide whether I love or hate VETOER (40A: President saying "No!"). The clue is hilarious, so I guess I come down in favor. As I do for this puzzle in general. It played slightly harder for me than Mondays sometimes do, which is another good thing. Overall, thumbs up!