Funny revealer today - "What some performers saw in Las Vegas?" (LADIES INHALF) leading to Ladies Gaga, Godiva, Jane Grey, and Chatterley. Each is "sawed" in half and appears at the beginning and end of four symmetrical puzzle rows. I like that the broken pieces appear in two different entries, and I also like that the "Lady" part is always used when speaking of these four. It's a little unfortunate, I guess, that "Grey" couldn't be found in anything but another name, but still, I think the theme was solid.

p.s. I didn't notice this until I read Mr. Kwong's comments on xwordinfo, but the names go in a progression of 4, 6, 8, and 10 letters, and are sawn perfectly in half. Now I like the theme even more! 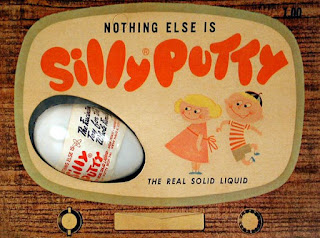 SENDCASH (37D: Message from a short person?) was kind of funny (I immediately thought of "down here"), as was AIRWAVE (7D: Broadcasting unit?), but AGESAGO and INERTIAL were just ok. And it seemed like I ran into a lot of groaners in the bottom half - EDGERS, ATTA, CTRL, GASTRO, YESYES, NONET... And up top we have the 45-year-old movie HUD, and the fifty-year-old "hit" DEDE Dinah. Yeah, ok.

So if we take it in halves, the theme half was good, and the fill half was just SHYOF that mark.

One last thing - 56D: Ben Solo's father (HAN) makes me want to tell you that Frannie and I saw "The Last Jedi" last night. I won't give anything about the movie away, but about myself, I will say that I think I am done with those movies now. It just seems like they're making the same film over and over again. I liked it the first time, when I saw Star Wars AGESAGO, but how many times can I watch x-wing fighters and TIE fighters shooting at each other? How many more miles does the Millenium Falcon have left? And sure, the light saber is the coolest sci-fi weapon ever conceived, but I don't care to see any more duels. Honestly, I think it started when Obi-Wan was struck down. After that, the franchise became more powerful than anyone could possibly have imagined.

Looking forward to The Turn!