I can hardly believe I finished this puzzle. When I first started, I felt that dread that comes sometimes with late-week puzzles, but I threw in a bunch of guesses - Desoto (Famed Portuguese explorer (DAGAMA)), lemonadE (Summer cooler (SNOWCONE)), Esta ("De dónde ____?" (Spanish 101 query) (ERES)) ... until finally I hit one I was fairly sure was right - "The heart of Paris" was five letters, and "Seine" would have fit, but it's Saturday, so it just had to be COEUR. From that single O I entered shOrtSHORTS, which, after entering BIDON (Try to win, in a way) and ROhaN (1998 Robert De Niro crime thriller (RONIN)), I corrected to BOOTYSHORTS. Later on, BAMBOO and PANDA gave me something to work with in the South, and slowly I worked my way back up to the top. 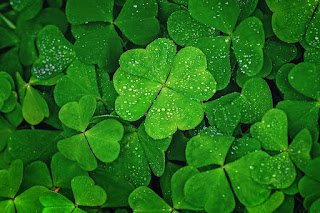 I ended up in the NE corner, where I had "tsarists" instead of PEASANTS (Russian Revolution figures) (opposite!) crossing "fist" instead of CAIN (Something that might be raised in a fight). I also tried "duke" in that spot... Finally, somehow, I got TALKIES (Silent counterparts, once), which gave me SKA (Forerunner of rocksteady) (that shouldn't have taken so long!), and then the highly amusing ONLAND (Where cruise passengers end up). Hah. That still makes me laugh, but maybe it's just that I'm still a little punchy for having finished this thing.

It took me over half an hour, but it was a satisfying struggle. If this had been Puzzle Five I would have timed out, but I'm not in Stamford at a long table, I'm on my couch on a quiet Saturday morning, and (now that I've finished it I can say that) this is just what a Saturday puzzle should be. Terrifying, but workable. I could hardly believe it when GOTTACATCHEMALL (Line of Pokémon) came out, cobweb-covered, from deep in my memory.

So, for me anyway, it was a solidly satisfying Saturday. How'd you like it?

Posted by Horace Fawley at 7:23 AM