Work, work, work. Today we get four specific jobs, punnily described using generic labels. The vague "Temp job?" humorously describes a METEOROLOGIST, and the ubiquitous "Union job?" labels a WEDDINGPLANNER. It's a clever RUSE, and each one brought a smile. 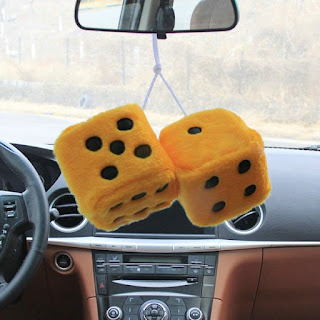 Don't you just sometimes get a good feeling about a puzzle from the clues? Today, they showed a clever playfulness - "Driving force?" (ENGINE), "One might take off a few marks" (ERASER), "What may be heard in a herd" (MOOING), and "Works in a theater" (PLAYS), for example. Then there are the interesting choices like "'Music is powered by ____': Yo-Yo Ma" (IDEAS) and "Spanish for 'foolish'" (TONTO). It could have just been "Thoughts" and "Lone Ranger sidekick," but these are so much more interesting. And we also get a nice shout-out to one of the great puzzle constructors, Frank LONGO. :)

Of course, we also get "Petri dish filler" (AGAR) and "Some lab liquids" (SERA), but one can't have everything, and I ASPIRE to one day creating a puzzle half as fun as this one.

p.s. So, yesterday, if you follow Joon Pahk's "Outside the Box Puzzles" in any way, you might have seen an announcement saying that I won a free premium subscription by being randomly chosen from among the correct entries on a recent meta puzzle of his. In fact, it might be why you're here now (Thanks again for mentioning the blog, Joon!), but either way, I'd like to set the record straight and say that it was a team effort. I filled in the grid, but it was Frannie who broke the meta-puzzle trick. So thanks again, Frannie! Hopefully, we'll work on all the new puzzles together too. :)

Posted by Horace Fawley at 6:34 AM