Well, well, well. This is not the puzzle I wanted to do as a warm-up for the A.C.P.T., which begins in earnest in less than three hours. I guess I should be happy that I finished, but it took me 41 minutes, which is over the time limit for six of the seven tournament puzzles. Sheesh! But enough about me (it's Horace, btw, giving Frannie a break before the tournament starts), let's talk about this beast. 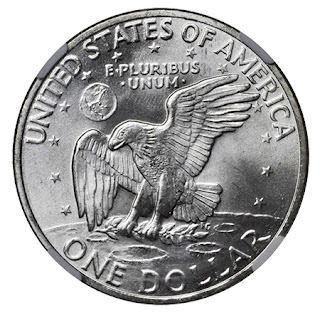 I love the open pinwheel of the grid, and the NW went very smoothly. CONSUL (Office held five times by Julius Caesar) and APOLLO (Program commemorated on the back of the Eisenhower dollar coin) went in off the clues, and the Downs followed quickly. (I chuckled at NOCAMERAS (Policy around the publicity-shy, say), because just last night a friend was disappointed by Josh Wardle's "No Ussies" policy.) The NE, too, fell NEATLY, the highlight being "Flushes, e.g., in poker" (TELLS). Clever!

In the middle are the fun SCHLEP (Lug) (I learned this word when I was a photographer's assistant - I did a lot of SCHLEPping back then!), the New-Englandy SCROD, the excellently-clued SPRAYTAN (Color not generated by light), and the LEARNED clue for ERSATZ (Literally, "substitute"). ISFAHAN (Capital of ancient Persia) was a complete unknown, and SPREZZATURA (The art of appearing effortlessly nonchalant) was pulled from the cobwebbed recesses of my mind. Or maybe I just got most of it through crosses and added an Italian ending...

The real trouble, for me, came in the SW, where PGA, PASTA, and SURESURE ("Whatever you say ..."), were not enough. I bet I spent twenty minutes on my final eight squares, finally guessing at ALLHEALS (Herbalists' panaceas) (SURESURE), then AURAL (Coming in waves, in a way) (wow), and finally seeing TEASERAD (Short hooking pitch). And "Congee" means GRUEL, eh? Well, I've learned a lot this morning. ONEDAY, maybe, this OLDIE will have the WIZARDRY necessary to avoid the DEATHRAYS and do a puzzle like this with an air of SPREZZATURA, but not today. Here's hoping things go better down in the ballroom of the Stamford Marriott.

Good luck to everybody at the tournament today!