Today we learn that the game PAPER, ROCK, SCISSORS is also known as ROSHAMBO. Perhaps you already knew this, but I didn't. We also get a visual representation of the game in which the ROCK has prevailed - in the upper left, we see a circled-letter PA PER cut in half, in the upper right is a broken pair of SCIS SORS, and at the bottom of the grid sits the intact ROCK. It's a cute idea, well-done. 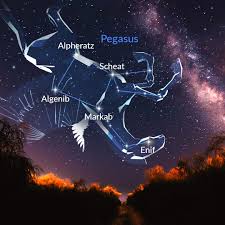 The game was known in China several centuries ago, I have read, and it made its way to Japan, before coming to America. Perhaps the references to Japan in the puzzle (PANKO (Breading for tonkatsu), ASIA (Mt. Fuji setting), and ASAHI (Popular Japanese brew)) are in honor of this history. Or, perhaps, along with LOCHS (Awe and Tay, for two), LAPAZ (South American capital with the world's longest urban gondola), EID (Festival, in Arabic), MASA (Tortilla dough), and IMPERIAL (Like Rome starting in the first century B.C.) they are a mini-theme to go along with GEOTAG (Bit of metadata). Or maybe my NEATIDEA is MISPLACEd.

I chuckled when I finally corrected ahA to SPA (Therein lies the rub!), and GENOME (Nuclear codes?) was cute. I also had rAincoat briefly for GALOSHES (Wet weather wear), but that didn't last long.

The starting pair of "'That's good' thinking" (OPTIMISM) and "That's good thinking!" (NEATIDEA) was fun, as was the "One to tip" combo (SERVER, VALET). I didn't know CHOI, ROBBIE, or TERI, but that's not too surprising, and the crosses were all fair.

Fun idea for a theme, and a solid (like the ROCK, get it?) Wednesday. Looking forward to the Turn.

p.s. I guess ROCK really doesn't win this one, because each circled item is "beaten" by another word in the grid. In the case of ROCK, it is covered by PAPER. In the morning, I missed this added touch of elegance. Very nice.