Today's puzzle includes four aptly named persons vis-à-vis their realm of celebrity. Our dear Readers will know that if there's one thing I like, its aptitude - or rather, aptness. Funny how those two words could mean the same thing but don't. Ahh, language. But I digress. The theme answers are indeed aptly named persons, with PRINCEFIELDER (six-time All-Star first baseman) winning the "captegory," thanks to the contribution of his first name. Although, if memory serves, there are some who call powerful enchanters TIM. USAINBOLT is also fitting.
Overall, I found the puzzle to be fairly straight forward, although I did hit a snag. A combination of clues and miscues in the southeast caused me to FLAKE. The clues 48A: "Football carriers: Abbr." (?) and 64A: "Legally prohibit" (?) initially stumped me and I had the S of SEEYA in the second to last square of the answer to "More than right" which led me to try to think of a superlative rather than what should have been a comparative - had the clue not had a little twist - you get the picture. Anyhoo, if I had been a little less OBTUSE (or in this case more?), I could have finished the puzzle a couple of minutes faster. 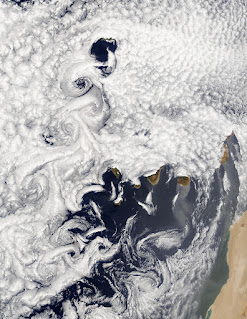 There were some other nice twisty clues along with the one mentioned above, including "Hold up" for ROB, "Shake, as a tail" (LOSE) - I didn't have trouble with this one during the solve, but after the fact I was like, 'whaa?' and then I was like 'oh, yeah, ha!' - and "Digging" for INTO. I also enjoyed "Mist a spot?" (SPRAY), and "Apple consumer with an unhappy story to tell?" (ADAM) was cute. Shout out to good ole EEYORE and his quote "It's not much of a tail, but I'm sort of attached to it." :) PRISTINE and TWINKLES are fun fill.
I thought it was funny to see PLUSONES in the puzzle again today. I like it less in the plural, for some reason - ditto ENOKIS. And would any of the world's great writers have ever WAXED poetic over LASE as a verb? Certainly not Wordsworth.
~Frannie.
Posted by Frances Page at 8:49 AM