I liked the title of this puzzle perhaps better than the puzzle itself. Once again, you take a standard phrase that starts with W, change the first word to one that starts with S-Q-U instead, and reinterpret the phrase with a wacky clue.

The only theme answer I really just do not get is 80A: Cuckoo or dodo? (SQUIRRELYBIRD). Why are these two particular birds described as being "squirrely?" To me, that term means fidgety, or maybe trying to hide something. Cuckoos are well known for taking over the nest of another animal. Dodos are primarily known for not existing any more. Does anybody have any guess at the reason here?

Meanwhile, my favorite is probably 102A: Prepares cube steak? (SQUARESTHEBEEF). Here we get a classic phrase ("Where's the beef?"), with an unexpected twist by the reinvention, and a fairly clever clue. Otherwise, the clues in general fall flat for me, as evidenced by this exemplar: 49D: Enumerations of things to be sat on? (SQUISHLISTS). That's a real stretch of a clue. And I don't "squish" most things that I sit on, as a rule.

Meanwhile, all of those Qs lead to such essential crosswordese as INQ (2D: Question: Abbr. - that's rough), REQ, SEQ, SHAQ, and QUE. At least we get TOQUE and PIQUE out of it. 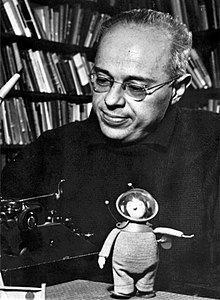 There's some good stuff in the fill: AMHERST, a nod to Massachusetts and Emily Dickinson - not just her birthplace, but really the place she lived all of her life except for 10 months at Holyoke Seminary. I also liked ELBARTO, TOPTHAT, and the full name of URIGELLER.

Some people might find ERECTILE above TAUTENED as a little much.