Were it not for the sort of SSE section of the puzzle, this would have whipped by for a Wednesday. But I was stuck because I had entered COSin for COSEC (it's been an awful long time since trigonometry), and had EPic for EPOS. Then when I looked at 70A: Beat people? I had n__c. I thought about "narc" - see? I didn't miss the joke, but then who is this Frida KAHLa?

When in doubt, take it out. Then STOMP went in, and the rest was history. Not helped by the "huh?" clue at 67A: Dagwood's bratty neighbor (ELMO). I suppose I should be grateful it wasn't clued with Sesame Street. In fact, a brief Google search of famous people named Elmo turns up hardly anybody I've heard of. How about Elmo Shropshire, who sang "Grandma Got Run Over By A Reindeer"?

Anyway, I've been known to take some BRITISHISMS in my time. My daughters accuse me of being a wannabe Brit. It's a cute theme, with phrases that have words that mean something different across the pond, then clued that way. My favorite is probably 40A: *Catalog from a London raincoat designer? (MACBOOK). But really, mostly my reactions were polite smiles.

Still, I enjoyed the puzzle. It contains not only ANNIE Lennox but also DEBORAH (better known as Debbie) Harry, for a double dose of New Wave goodness. Add in George WENDT and there was a strong 1980s feel. 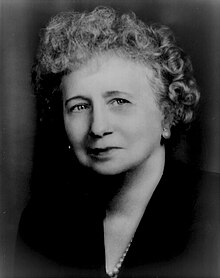 Strange that KAN appears for the second day in a row, this time not highlighting Manhattan but Dwight D. Eisenhower. Also, I prefer "tempi" to TEMPOS, but that's just me.

Ooh. I just noticed that ISM appears in the grid separately from BRITISHISMS. That's actually a major problem, really. Does it invalidate the puzzle? Weird that they let that go.