Lots of fun entries in this, the first of the weekend's themelesses. OHBOOHOO (Mocking repsonse to whining) and WAITWHAT ("Did you really just say that?") in the NW felt contemporary and fun. Add to that the cute clue for SITIN (One way to take a stand, ironically), and you're off to a strong start. 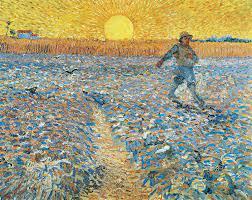 The NE was less exciting, what with the plural HASHES, the first half of the oh-so-fascinating SEA MAP, and the epitome of blandness, PEORIA. But it does also include the hot field of HAPTICS (Study of touch, as with smartphone screens) and the wonderful ADELE. And down from both of the top corners flow the two lovely grid-spanning entries ROTISSERIEOVENS (Revolutionary inventions in the cooking world?) and SHOESTRINGCATCH (Close-to-the-ground sports feat), both sporting clever, fun clues.

The middle gets a little middle-y with SETTLEON, ACTSAS, and ROAN, but things finish strong with two excellent clues in the SE - "Ticket line?" (ADMITONE) and "Person who is willfully alone?" (SOLEHEIR). Hah! Very nice.

I'm split on this one, just as it seems to be split itself. You've got several really good entries, and then you've got almost as many of these really, really crosswordsy type entries. HIES, HIC, IRE, OBOE, NEER, ROUE, USO, CAGER, PAO, ABIT ...  It seems ODD to me, but on the strength of the good stuff, I still give it a thumbs up.

Posted by Horace Fawley at 6:54 AM