Sort of a strange theme today - the word two, hidden within a Down answer, crosses a particular Across entry and doubles the first number word of that answer. It's nice that the original numbers in the Acrosses are one, two, three, four in order, but it's a little weird that the two can intersect it at any of its letters, and at either the first or second letter of the Across answer. And solving online, the squares containing the twos were shaded. 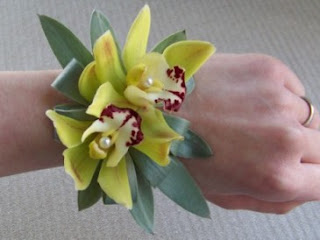 Also, and maybe this is just me being too sensitive, but all of the DOUBLECROSS theme answers are not positive things - "two-faced," "four-letter words," "six feet under," and behind the "eightball." :(

On the positive side, some of the fill was a lot of fun. "Be up for some biking?" (POPAWHEELIE) is great, "Something that bugs criminals?" (WIRETAPPING) is cute, and "Like morning people vis-à-vis night owls, around dawn" (PERKIER) made me smile. "Wednesday, but not Friday" (ADDAMS) had me stumped for a long while, and I loved the casual answers DONTASK (Response to "How bad was it?") and JUSTWOW ("I. Can't. Even.") And how 'bout "Big believer in the freedom of assembly?" (IKEA). Very nice. And I did not expect the straightforwardness of "Seller's need" (CUSTOMER). Hah! Or "Boos and cheers" (NOISES), for that matter.

Interesting trivia in "Practice whose name means, literally, 'union'" (YOGA) and "Nonwriting credentials for Conan Doyle and Chekhov, informally" (MDS). And speaking of trivia, the Wikipedia entry on Pierre Brassau is interesting (and short) reading.

Lastly, I love the old word LIEF. It shows up a lot in Millay's sonnets. "Liefer would I you loved me for my worth, / Though you should love me but a little while, / Than for a philtre any doll can brew, – / Though thus I bound you as I long to do." for example. That's from one in Fatal Interview. I recommend it.

So, if we don't dwell too much on the theme, I think we can give this a hearty thumbs up. :)

Posted by Horace Fawley at 8:11 PM