Oddly, we got started at 8D: Area with lots of schools (REEF), and then 20A: South Beach and others (FADDIETS), and then moved into the NE corner. I like Georg SOLTI very much. I used to have a number of his recordings, back when LPs were the source of music appreciation. Now it's all streaming, I don't have the same ability to pick and choose performers, which is a source of sadness and frustration.

42A: Round trip for one? (SOLOHOMER) took a long time to become clear. In fact, we had all the letters but the Os in place before I caught on. In a different direction (literally), THRASHER was opaque to me, because I thought they were referring to thrash metal music, rather than an actual bird. Visual reference is provided below. 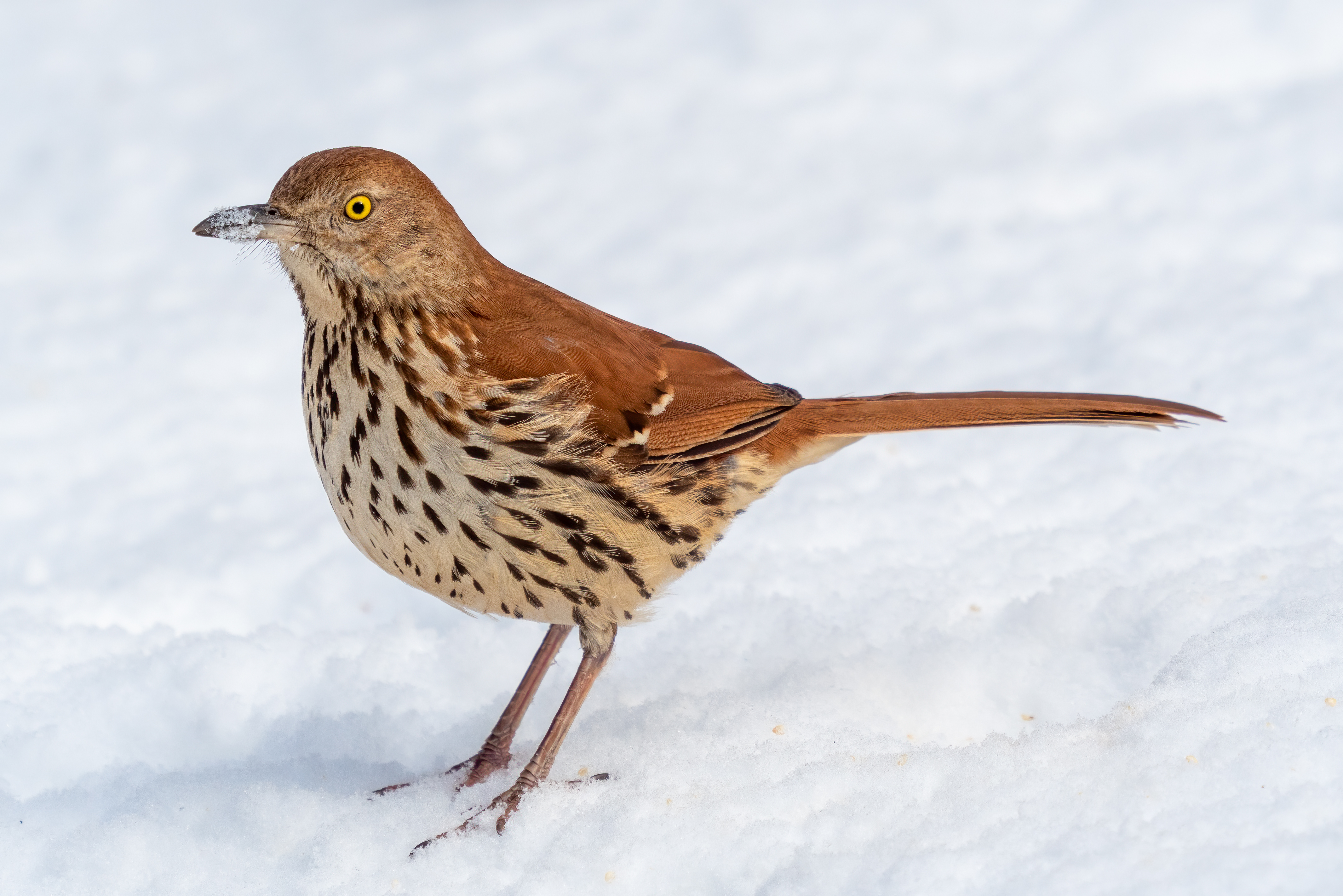 That word "visual" reminds me of Monty Python (vis-a-vis Arthur Frampton. Look it up), which was an odd way to get at DARKHUMOR. I never really thought of it as all that dark. I mean, yes, the Black Knight loses all of his limbs, and death is treated as a silly little joke, but it's more surreal to me than dark. Perhaps I'm splitting hairs.

Meanwhile, 64A: Kind of zone (EROGENOUS) was completely unexpected. All the more so when it's your daughter who announces it before anyone else. Too soon? Obviously.

Anyhoo, 1A: Divine instrument? (TAROTCARD) is the kind of QMC that proves that they still have a place in our puzzles. I could do without YESES or ACTIV, but otherwise, found this to be an enjoyable puzzle.

Back to Horace tomorrow.