Today's constructor was feeling his OATs! Mr. Roeder served up six square meals by storing the letters OAT all in one CEREALBOX, or puzzle square. The hidden capital in the clue "Life preserver? ... or a hint to six squares in this puzzle" makes it work on two levels - ha! Wild oats are SOWN throughout the grid: in HOUSEB[OAT]S, M[OAT]S, BL[OAT]WARE (apt!), and in the lovely word L[OAT]HSOME. FITT[OAT]ATEE was especially nice for its word boundary-crossing nature.

Solve-wise, I ran into a little trouble in the northeast at 24A. I didn't know the "1970 John Wayne film" (RIOLOBO) and thus was left with _EB for "It has a cedar tree on its flag." I was thinking U.S. states not countries (I blame you, Nebraska!) When I mentioned to Horace that I was stuck on this one square and he said, "I would have thought you could think of a country often associated with cedars." Once I heard the word 'country', I realized I had been barking up the wrong tree, so to speak.

Unfortunately, dear Readers, after entering an "L" in the remaining blank square, all was not glitter, rainbows, and unicorns. I had a FWOE. It took me a minute to hunt it down, but I found it hiding in the very southeast-most corner of the grid. I had been stumped by the clue, "They're used in a crunch" (63D). Without any supporting letters in that quadrant, I entered AAA - thinking of crunch as a fender bender. The rest of the Across at 69A: "Some creatures in the ocean's 'midnight zone'" filled itself in from the Downs, so I didn't notice that EELa had slipped in where EELS belongs. Derp. Still, it is a fun clue. It's not the constructor's fault if ABS are buried too deep to surface for this solver. :) 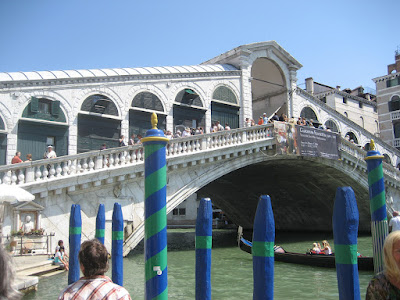 I also liked these two clues for some of crosswords' old chestnuts: "Stand-in for the unnamed" (ETAL) and "Org. known for counting backward" (NASA). Fill-wise, the grid features a number of my favorite words like THRESH, GALORE, and RHYTHM. I also really like the expressions DRUM up and BUM out - hit after hit!
And speaking of tricky capitals, how about the clues: "Waits on an album release?" (TOM), "Rival of Hoover" (ORECK), and "Mobile home?" (CRIB) - yeah baby! To sum up, I liked just about everything - a capital puzzle all around!