I entered "coke" for "Cuba libre ingredient" (LIME), but the first thing I knew for sure was RINGO (Lead singer of "Yellow Submarine"), so I worked off of that to get my first foothold. Another singer, CYNDI (Pop star Lauper) led to a politician (CORY), and things started to come together. 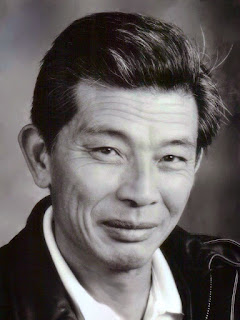 I love the QMC "Game of checkers?" for CHESS. It's essentially the same trick as in "Quarterback spikes?" for CLEATS, but I don't find that one quite as good. In Non-QMCs, I guessed right away something was up with "Background for someone who's good with numbers," but it took several crosses to see MUSICALTHEATER. That's a nice one. I also smiled when "Marvel producer" turned out to be MIRACLEWORKER. But I also enjoy answers that turn out to be straightforward when the clue could be taken in different ways, like "Binary" for BASETWO and "Carriers are mobile ones" for AIRBASES. My mind ran to gender issues and viral loads, but no.

It's fun having both PANG (Gut reaction, say) and TANG (Sharp quality) in the grid, and I liked the straight-up Latin MATER for "Venus, to Cupid."

Posted by Horace Fawley at 7:14 AM