So here's an interesting thing - the "Constitutional measure passed in '72 but never ratified" (ERA), actually received its 38th state ratification last year (Thanks, Virginia!). That's three quarters of the states, and the threshold for ratification. I think I somehow missed that news. I'm not sure what could have distracted me... Anyway, there's a nice write-up of the challenges remaining for ERA on the Brennan Center website. If you're interested. 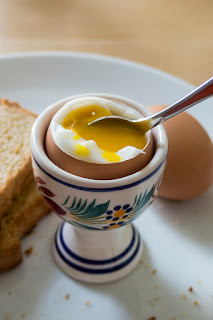 To sum it up for you, ERA's fate may be left to the WINGNUTS in Congress. IBET it'll require a PLETHORA of persuasive arguments from some TOUGHCOOKIES with valuable BARGAININGCHIPS to convince those who see females as nothing but EYECANDY to grant them fair and equal treatment under the law. If and when that happens, the setting off of FIRECRACKERS will certainly be appropriate.

And speaking of women and men, one means of giving birth (which only women can do) has been famously named after a tyrannical man - the CSECTION. This was extra tricky today, because of its vague clue ("Delivery option") and it's surprising beginning - "CS." I actually took out the S of SASSY (Like the comment "Oh no, you didn't!," say) for a bit because I was pretty sure of "chips." Another area like that was in the SW, where I ended up with "__LCI_" and got worried. Happily, I eventually had enough INFO to see my previous apprehension as DROLL.

Speaking of DROLL, I enjoyed the jokey food theme, and the fill had enough BRISK entries to keep it interesting.

Posted by Horace Fawley at 8:00 AM