I enjoy a simple vowel progression theme. It's familiar. It's comforting, even.

LACKSHEART
LEXINGTON
LICKSTHESPOON
LOCKSMITH
LUXEMBOURG
Too bad the first one couldn't have been clued with something about the Cowardly Lion. But then, I suppose that film probably came out something like 75 years before Ms. Husic was born, and the book even before that. :)
And speaking of clues, it would have to be a pretty amazing soup for me to want to lick the spoon after finishing it. That's a tough entry to clue, though...
And speaking of tough entries, there were a few of them: RESEEK, SCORER, AMORS, and ORIN. Not great. 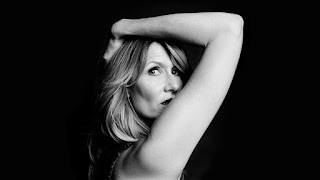 On the other hand, I very much enjoyed INTRICACY (Complexity), FOOTMODEL (One who might have a contract with a sandal manufacturer), and TOLLROAD (Opposite of a freeway). And it's as though the grid itself is welcoming our resident Canadian, Philbo, back from vacation with LOON (Bird on the Canadian dollar) and AHL (Calder Cup rink org). And yes, I realize it stands for "American Hockey League," but it's still hockey!
No record time for me today, as this played a little tough for a Monday. Not that there's anything wrong with that.
As George Orwell said, "The essence of being human is that one does not seek perfection."
It was a fine Monday.
- Horace
Posted by Horace Fawley at 7:18 PM