So far, so good on the ol' Turn. (That's what we call the trio of Thursday, Friday, and Saturday puzzles here at Horace and Frances and Colum.) Today, Patrick Berry fills a pleasing grid with his usual smoothness. Well, I didn't particularly love ENGRAFTED (31D: Added to a plant) crossing PRATES (43A: Blathers), but aside from that, this thing was pretty damn clean. I love a lot of the fill, too - DESECRATE (33D: Treat with violent disrespect), COINPURSE (29D: Quarters' quarters), ACAPPELLA (14A: With nobody playing, say), ELBOWROOM (6D: It's hard to find in a crowd), OPHELIA (9D: Shakespeare character who coins the term "primrose path")... it's all good. 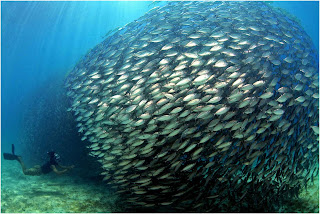 There were a number of names that I didn't know off the top of my head - HEIGL (18A: Katherine of NBC's "State of Affairs"), EPPIE (20A: Girl adopted by Silas Marner), FOLEY (35A: Sound effects pioneer Jack), WEISS (39A: Ehrich ____ a.k.a. Harry Houdini), ALLEN (25D: Longtime "Voice of the New York Yankees"), and even IVANA (48D: Former Trump Organization member). But I'm not knocking it - the crosses were all fair.

1A: Handle things (COPE) is pretty good. Let's say B. And the first one I put in confidently was... let's say EPEES (4D: Swords, in Sèvres).

I liked it, but I don't have a lot of time for this review, so this will have to do.