This was a fun one! I think the first answer I put in confidently was GRAS (21A: Fat: Fr.), but it could have been OZAWA (7D: Conductor who has a hall at Tanglewood named after him), and from there I was off and running.

I love INANIMATEOBJECT (17A: It has no life) because it makes me think of the Simpsons episode where a ticker tape parade is held for an inanimate rod. Hahahahaha! Anyway, WAXPOETIC (20A: Become flowery) is very nice, BOETHIUS (11D: "The Consolation of Philosophy" author) was surprising, but so appropriate beside the ANCIENTS (12D: Aeschylus, Sophocles and Aristophanes). Those three were more ancient even to BOETHIUS than Chaucer is to us! 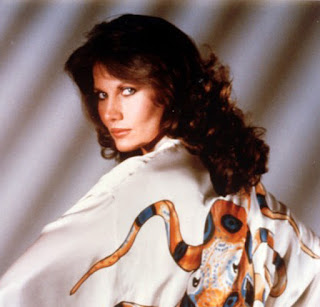 44D: Places for pilots (STOVES) was tricky (perhaps because pilots are being phased out), as was 4D: Film setting? (CANISTER). And 38D: Farm butter (RAM), too, was fun, and not given away - as USBPORTS (39D: Openings in the computer field?) was - by a question mark.

SHOCKJOCK (1A: One making waves over the waves) gets a B+. It's a nice Scrabble-y entry, and current, but I just don't like the whole idea of a SHOCKJOCK, so it doesn't get into the As. Some uncommon proper names provide glue (TYNER, ROCHE, HONORE), but overall there's not too much objectionable material. If there were any complaint it would be that it went a bit too quickly for a Friday. But so many good answers (YOUVEBEENSERVED, STREISAND (63A: Broadway star who was on Nixon's list of enemies) (Nixon was quite mad. In both senses.), EMBOSS, SOLEMN...) that it still gets a thumb way up.