This was a bit of a mixed bag. There were some answers that I really enjoyed, like TOE (48D: One exposed by a flip-flop), USEDCARSALESMAN (8D: One who works a lot?), and SPACECADET (17A: One in la-la land), but then there were some that I thought were just a little off. My mistake came in one of them (maybe I’m just bitter?), IMSOMAD (12D: Cry before rage-quitting). I guessed IMSObAD. I didn’t know AMU (28A: Asia’s ____ Darya River), and “I’m so mad” seemed a little unrealistic, so I went with something more self-effacing and, to me, plausible. Of course, what would really be said before rage-quitting would not be printable in the NYT, so really, it just doesn’t work. Another such answer was ENAMELWARE (56A: Some kitchen utensils). “Utensils” could, I suppose, be pots and pans, but the utensils we commonly think of are either silver, stainless, or plastic, and not enameled. Other answers that were foreign to me were PLUG (6A: Payola payoff) and DUCATS (25D: Tickets, in slang). Of course, the actual foreign answer, AMOUR (14A: Subject for une chanteuse), was pretty easy. 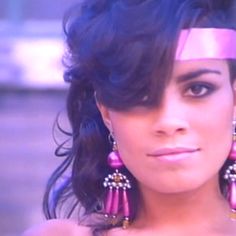 1A: First name in fantasy fiction (BILBO) gets a B+. And the first answer I put in confidently was either CRED (24A: Street ____) or CAESARSALAD (34A: Dish that often includes anchovies) (one of my litmus tests at a new restaurant), depending on how you look at it. I put in CRED first, but I actually took it out for a time because I had also entered mAs for 20A: Christ’s end? (IAN), and the two were incompatible.

Oh, one more thing – is there really a Web site called FARMERSONLY (37A: Website for people interested in “cultivating” a relationship?)? I’d check right now, but I’m writing this offline, and will only have a minute or two on a hotspot to post this, so I’m leaving it up to you to check. Even if it is, though, is it well known enough to be the central entry?

Minor demerits for the “up” duplication in USEUP and TEARUP, but it’s interesting trivia about DORITOS (22A: Snack brand first produced at Disneyland in the 1960s). Who knew? Oh, and I enjoyed 10A: Branch extension (TWIG) and 19A: Clichéd gift for a prisoner (RASP) (I guessed “file”).

Overall, I’ll give it a thumbs up, but not way up.