Cute theme today of cluing four "foods" with their cooking instructions, as in "18A: [Place in crisping sleeve; microwave for 2 minutes]" (HOTPOCKET). For that one, I prefer Jim Gaffigan's comic instructions: "Remove from packaging, place directly in toilet." The others, though, I can fully support. Even RAMENNOODLES (24A: [Boil contents for 3 minutes; stir in seasoning packet]). I haven't eaten them since I was in college, but man oh man did I love them back then. Maybe someday, when it's cold and rainy, I'll cook one up for old times' sake. 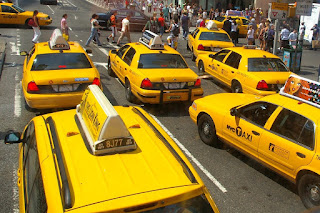 1A: Hip-hop's Kendrick ____ (LAMAR) gets a B-. I didn't know the name, but at least it's somewhat current (I presume), so that moves it into the Bs. The first thing I put in confidently was probably ACE (15A: It's not returned on the court). I'm still not fully aware of this new statistic while solving, but I'll try to make it part of the routine.

I like the look of HBOGO (16A: Way to stream "Game of Thrones"), and I want to find a way to work BETIDE (8D: "Woe ____ him, and her too": Jane Austen) into my regular speech. Especially at work. In meetings. "Woe betide the one who tries to implement this proposed workflow!"... And speaking of BETIDE, what's up with THRICE (37D: How often Daniel Day-Lewis has won Best Actor)? The oddness of the word, and the oddness of the way it was clued, made me smile. It's these strange little things that can sometimes give one a warm feeling about a puzzle.

And with that, I give this a thumbs up.

p.s. I looked up EDM (58A: Genre for much Top 40 radio, for short) for you. It's Electronic Dance Music. And with that, I no longer understand radio. :)