Mr. Livengood has just entered the pantheon. This is the kind of puzzle that makes doing crosswords such a fun pastime. This is a masterpiece.

My first pass through all the Across and Down clues yielded just four entries. Amusingly, the first (and only) one that I put in confidently, APP (46A: Paid purchase, perhaps), withstood the transition to the "alternate" clue, "iPad purchase, perhaps." The other three did not. 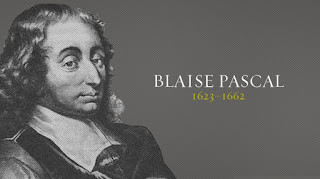 After that I got nowhere, so I handed it to Frannie, who entered another keeper, NON (61D: Veto [vote] in the French legislature), but not much else. After fretting for a while about our inability to understand anything, I finally started looking for a trick not in the grid, but in the clues. Could the clue and answer be offset by one space? I wondered what "Trap" [part] could mean in the revealer clues... and then suddenly it hit me - anagrams! As the revealer entries (eventually) tell us, ANAGRAMTHE/FIRSTWORD/INEACHCLUE.

But it's not just anagrams, it's taken to the next level by the elegance of, say, finding another proper name in an anagram for Cruise with "33D: Curie's partner, once" (KIDMAN), or another company name in 22A: Visa [Avis] offering (RENTAL). And on top of that, the underlying themeless puzzle is quite good! It's an open grid with free movement, very little objectionable crosswordese, and a few fun, unusual answers like MOXIE (64A: Never [nerve]), SEXT (56D: Squire [risqué] message), SPARTAN (41D: Freight [fighter] of ancient Greece), OCANADA (3D: Trains [strain] for an N.H.L. game, say), and SEASALT (51A: Clan [NaCl] from the ocean)!