A rare Wednesday gimmick puzzle. Every time the same number is used for an Across and a Down clue, the clue is the same for both. With that kind of a theme, even though there are many theme answers, the result is that the puzzle has kind of a themeless feel, if you see what I mean. Anyway, I like it. The single clues need to be interpreted in two different ways each time, which is a nice touch. It's a little funny that clue 1. Zip and its answers all start with Z, but only, I think, because Z is so uncommon. I didn't think twice about "10. Bill" being answered with BEAK and BANKNOTE. So thumbs up on the theme. 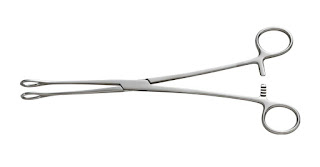 Interesting trivia in 20. Mozart was the first major composer to write specifically for it (CLARINET), 3. Instrument with 18+ strings (SITAR), and 51. One of the six official languages of the United Nations (ARABIC). The five original languages are Chinese, English, French, Russian, and Spanish. Arabic was added later, by popular demand.

For glue today, we have a lot of four-letter names - LOTT, KETT, KOOP, IRMA, and RHYS, running the gamut from "becoming obscure" to "very obscure." I'll give ROMO a pass (heh) since he's still on an active roster. As usual, we GRIN and bear it, and the crosses were all fair.

Overall, I enjoyed it. Wednesday has been called the red-headed stepchild of the crossword week, but today's puzzle feels fresh.