What a Turn! What a way to start a month of reviewing! First we get the binary geM/eFfort from Mr. Tausig, then we get a simply fabulous Friday themeless from Mr. Liben-Nowell, and now Mr. Gulcynski trots out this beauty. Let’s dig right in, shall we?

My first confident answer came – happily – at 1A: They get picked up at clubs (TABS). I then entered CHATS (5A: Engages in a bit of back-and-forth), “food” (10A: Bread and drink) (RYES) (it’s funny, because Frannie and I were both drinking rye tonight), and ERLE (14A: First name in court fiction) and I thought this might end up being my fastest Saturday puzzle ever. Sadly, or really happily (because who wants a sub-ten Saturday?) things bogged down toward the bottom, and in the end, I had to enlist Frannie’s help to finish up the deep South. HEDDA (59A: Hopper full of dirt?) rings a very faint bell, ARENT (56A: Lack life) is a Saturday clue if I ever saw one, and VESTA (49D: Second-largest body in the asteroid belt) is something that I wish I had known (and that Huygens probably did know), but didn’t. PAH (54D: “Poppycock!”), too, was pretty tough/arbitrary (I had tried “bah!”). But, as we always say, difficulties are fine – desirable even – on a Saturday. 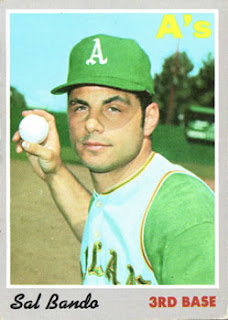 There was plenty to love in this puzzle – PARTYFOUL (20A: Double-dipping, e.g.) and ONTHEFRITZ (22A: Not working) in the NW are lovely. The long downs of SETTHESCENE (4D: Give background information) and the full ETONCOLLEGE (24D: Historic institution on the Jubilee River) were solid. The second, ETONCOLLEGE, almost seems like an insider extra, because “Eton” has become crosswordese, so to include the entire name is like putting a lovely feather into this already fancy hat.

Also in the minus column, I include INCENT (44D: Motivate) (just too obscure), TALLTEES (8D: Oversize hip-hop tops) – maybe it’s a real thing, I don’t know, but I see this as somewhat arbitrary, as if “xxxtees” could also have worked. All you hip-hoppers, talk to me! Is this a real thing or what?
Also ESTO and NEDS are a little glue-y, but there’s not too much of that. Mostly this was a very enjoyable solve. And I don’t think that had anything to do with all the RYES we were drinking.

p.s. TABS gets a B+. It should maybe even be an A-, but I just think it's a little too pedestrian a word to be allowed into the A range. As it is, the grade is already mostly about the clue.
Posted by Horace Fawley at 8:13 AM