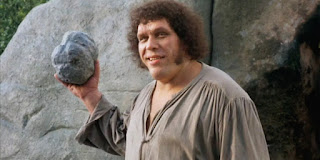 So, ok, good start (or, really, finish) but what else? Well, I found things to like everywhere along the way. 11D: One with connections to traveling speakers? (CARRADIO) is brilliantly clued, as is EYES (23D: They can turn red in a flash). A camera flash! 22A: Valuable diamond (ACE), 21A: Something you might take a pass on (BUS), 57A: Order that's rarely followed? (DESSERT), and the amusingly meta 32A: This (THIRTYTWOACROSS) are all great. I'll say it right now, this is my favorite puzzle in months.

FROLIC, MUTANT, BROADWAY (5D: Place for a long run, maybe), ALIENATE (18A: Push away)... it's all so good. I don't recognize this constructor's name, and if this is a debut, it is even more impressive.

The first answer I put in confidently was ADAY (28A: One ____ (multivitamin)). Kind of a lame "first entry" but I got almost nothing else for certain on my first pass through the Acrosses, so the gimme was welcome.

p.s. It's his tenth puzzle, but it's only the second we've seen from him since starting this blog, and the first of his that I reviewed. I look forward to seeing more.
Posted by Horace Fawley at 10:40 PM