There were three squares that did me in, two of them contained in the name MALALAYOUSAFZAI (17A: Youngest-ever Nobel Prize recipient). She was a co-recipient of the Peace prize in 2014, and was the subject of a documentary in 2015 called He Named Me Malala. If only I had seen that documentary! As it was, I did not know REA (4D: New Deal power agcy.) (I fouled up that section for a while by brazenly guessing "TVA"), and I had guessed Ppt for 11D: Many an email attachment (PDF). PDF is much more common, of course, and CORDITE (16A: Smokeless explosive) sounds better than CORpITE, but the latter is not unthinkable. So anyway, that's too many errors.

My troubles aside, I did enjoy the challenge, and I really like the look of this grid. Four fifteens running around the outer region, open corners, and a classic X design in the middle. My first confident answer was ZIN (21A: Cab alternative). 1A: Collection of high lights? (STARMAP), gets an A-. 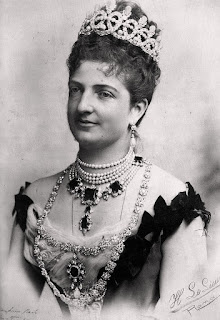 The aforementioned fifteens are all solid - even the name, which is perfectly fair game for a Saturday. Heck, the youngest winner, and just two years ago! I should keep up more with world affairs... but who has the time?!