Tough Thursday, for me anyway. I was totally stuck in the area that included MCRAE (22D: "In Flanders Fields" poet John), ENV (46A: It might have a street name: Abbr.), VELVET (32D: 1990 #1 hit for Alannah Myles), and INTHE[BLACK] (42D: Solvent). If I had realized while solving that the "BLACK" squares were symmetrical it might have helped with "Solvent," for which I had I_THE and could make no word, nevermind one that meant "something that dissolves." And for "It might have a street name" I was thinking along the lines of "lsd" or some other drug. Plus - the clue for VELVET meant that I could never be sure of my answer. VELVET seemed likely, but what an odd way to clue that word! 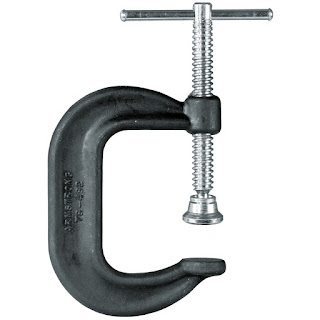 So anyway, I flailed there for several minutes, but even with that, I enjoyed the puzzle pretty well. What are there, 18 theme answers around five "black" squares? That seems like quite a lot! The fill strains in a few places (EGEST, KERR, RARER, TORA, ARAM), but it's nothing too egregious. I enjoyed NICETY (1D: Fine point), IDEEFIXE (39D: Obsession), and even OHTHAT (55A: Words sometimes followed by "It's nothing"). I don't want to see that every other day, but I'm not opposed to the occasional stretch entry.

It's a little bit too bad that the truly "black" squares couldn't have been somehow differentiated from all the other black squares - by being on their own or something - but one can't have everything.

1A: Given to eavesdropping (NOSY) I'll give another B-. It's also the first answer I put in, and I was reasonably confident about it. I like the self-referentialness of 56A: When leaves 56-Across (FALL), and I enjoyed the "preceder" and "follower" clues (50D: E. preceder (SHEILA) and 47A: J. follower (CREW)).

The last thing I want to say is that I like the word FOP (44A: Many a metrosexual), but I find it a little odd that the answer and the clue seem separated by maybe 100 years in their popularity. I'm guessing FOP was in common parlance (if it ever was) even before the time of the SHOE[BLACK]. Not a real problem, per se, but I mention it all the same.