11-stacks in the corners - it must be the weekend. I thought all six of them were good, but my favorite is probably MINISTERING (Tending (to)) because it is so uncommon. I don't think I've ever seen it in a crossword before. Indeed, a check on xword info confirms this is its first appearance in the NYTX (and also Ms. Varol's first byline - congratulations!). It's also the first appearance of GRETAGERWIG's full name, but her first name was in just last month (with her last name in the clue), and since I used a photo of her to illustrate that post, I was able to fill it in today with only a few crosses. 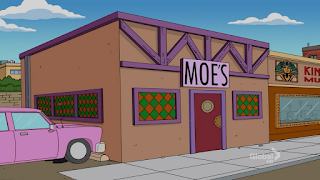 Can you believe that "Unforgettable ... With Love" is almost thirty years old? Sure, IGOTANAME is almost fifty, but that does seem pretty old, whereas I remember that video of NATALIECOLE singing with her father as though it came out maybe ten years ago. Sigh. I guess if you look around, it's a little bit of an older vibe, with CASSETTES (Tapes, say), ALIENS (1986 sci-fi film sequel) and FAGEN (Steely Dan singer Donald) also in the grid. (Of course, if all the cultural references were from the 2010s, I'd never complete a single crossword!)

Regular readers will know we here at HAFDTNYTCPFCA enjoy trivia like "World's deepest river" (THECONGO), and "Survivor at the end of 'Hamlet'" (HORATIO). For the latter, I initially thought of Fortinbras, but he only strong arms (see what I did there?) his way in at the end, whereas HORATIO actually survived the Act V bloodbath.

It's funny about trivia clues, though, because there are definitely different levels. A reference to perhaps the most famous play in the English language, or the "world's deepest river," are certainly things that most people either ought to know, or ought to be happy to know, don't you think?. "Los Angeles suburb bordering Griffith Park" (GLENDALE), on the other hand, doesn't feel quite as satisfying. And I don't think I'm just being a SORELOSER for not knowing it.

Lots of "double clues" in this one. Or, single clues with two answers. What should those be called? Like "Young woman" used for both LASS and DAMSEL, or "Long-legged waders" for IBISES and HERONS. The second example is more dastardly, because both (and egrets, for that matter) have the same number of letters!

Overall, this seemed a fine Friday. Not exceptional, but good.

Posted by Horace Fawley at 7:53 AM