10:42
According to the revealer at 64A, today's four theme answers describe a LIMBO contest, including SETTHEBARLOW and BENDOVER BACKWARD. I didn't see that coming! I haven't thought about the limbo in quite some time. I looked briefly at the Wikipedia article for "limbo dance," and read that it originates from Trinidad and dates back to the mid to late 1800s. Traditionally, the limbo dance began at the lowest possible bar height and the bar was gradually raised, signifying an emergence from death into life. When we did the limbo in my youth, we always went from high to low. We also turned our heads in order to UNDERACHIEVE - talk about a CRICK in the neck! - which I now see is against the rules. Well, ILLBE.
There appears to be a 'stadium' sub-theme today, at least as far as clues are concerned - the constructors must have been ONASTREAK giving us "Like excited fans in stadiums" (AROAR), "Rude people in stadiums" (BOOERS), and "Groups in stadiums" (CROWDS).
Some of the high points of the puzzle for this solver had nothing to do with either theme's answers. I liked "Cameo, say" (BITPART), the hidden capital in "Ivory, but not ebony" (SOAP), and "One taking a bow for getting couples together?" (EROS) - ha! I also liked "Bookstore section" (TRAVEL) because I like both bookstores and travel. And speaking of travel, I was interested to learn that Oranjestad is the capital of ARUBA. Who knew? 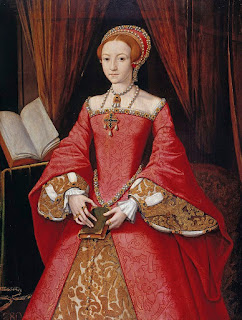 Fill-wise, some of the highlights were SALADFORK, BOILERPLATE, WAVEDHI. And for some reason, SAGGIER made me LOL.
I did hit a couple of sticking points, but not for long. I first tried 'bread' for "Dough," but the answer turned out to be MOOLA. And for "Fix in place," I had to rearrange my thinking and make the switch from the 'repair' meaning of fix to the 'attach' meaning to get SECURE.
The bottom line: a string of solid theme answers, a number of versatile clues, and  some top-quality fill.
~Frannie.
Posted by Frances Page at 6:58 PM