On this, the final day of 2020 we are treated to a rebus puzzle emblazoned with the grid-spanning entry SMALLBUSINESSES, the backbone of local economies and some of those hardest hit by the pandemic. The four theme answers, hinted at by the revealer, contain common business abbreviations compacted into one small square. I caught on to the trick relatively early at 4 Down, "Diner or sleeper," which I knew had to be TRA[INC]AR. The hint to the theme was still three clues away, so at that point, I had no idea what part of the answer should be rebus-ized. My initial public offering was [CAR], but, a due diligence check of the Across answers resulted in a correction, which was confirmed when I hit 7D.
Thanks to the early identification of the rebus, I thought the puzzle was going to be smooth sailing, but as I went along, I found I had used up all my SAVOIR in the north, and my solve started to WORSENS, particularly in the south west. After 10 minutes or so, the rest of the puzzle was complete, but I could get nothing in that corner even after several passes. My eventual break came from the rebus itself. I guessed that the fourth business abbreviation would be LTD so I played around with those letters in that corner until I finally saw WA[LTD]DISNEY ("Winner of a record 26 Oscars) and its Across counterpart, ME[LTD]OWN ("Epic collapse"). Even after that things were looking pretty blank, but then, based on the "and others" in the clue "'Flash Gordon' and others" I added an S in the last square of 36D, which gave me ANTSY at 54A "Squirmy, maybe" and the rest, as they say, is history. :) 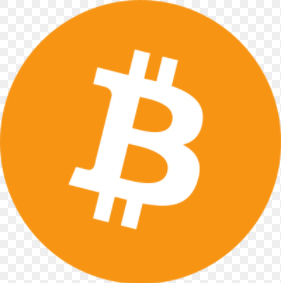 Elsewhere in the puzzle, I found many enterprising answers including STAVES, DEMURE, PLY, HE[LLC]ATS, and SPUME - you don't see that everyday. I particularly liked VISAVIS and WINGEDIT.
I thought Huygens might enjoy the "Game of Thrones" clue at 15A, now that he's a veteran of the series. Because GOT was such a big hit, I did try to watch it sometime back, but it didn't seem to be quite my cup of tea - I didn't even make it through the first episode. Maybe I should give it another go, though, to improve my crossword solving abilities. I could make a New Year's resolution for 2021 to up my crossword game. I'll watch GOT, pay more attention to sports, and study world capitals. That ought to do it. :) I'll also look forward to being able to frequent local shops again and enjoying company in the coming year.
~Frannie.
Posted by Frances Page at 12:48 PM