Brendan Emmett Quigley's byline used to strike fear into me, but today's puzzle went along quite nicely. First of all, it's a lovely grid, with the diamond pattern and the dot right in the middle, and a pleasing grid always puts me in a good frame of mind when starting a puzzle. Second - and this might strike many readers as unnecessary to say, let alone write down - I followed Dan Feyer's advice, given at the end of the recent Boswords Themeless League tournament (in which he finished a surprising third to Paolo Pasco (1st) and Tyler Hinman), which was to "use the letters you already have." I used to simply run through all the Across clues and then the Down clues, and then I'd get to work trying to add where I had some answers. More recently, I've tried the "Downs only" approach said to be a faster way to solve, especially in early week puzzles. But today, I went with the 8-time A.C.P.T. champ's advice and tried to work the crosses as soon as I had any foothold at all, and judging by my time - which, for me, is quite good for a Saturday - I'd say it worked well. (Is that the method you employed yesterday, Ms. Clark, to achieve your blistering 4:15 Friday time?) 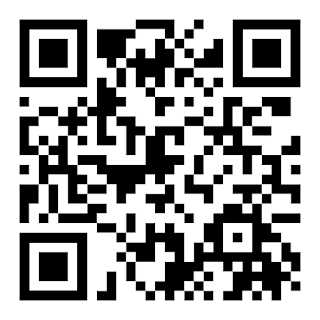 Of course, it doesn't hurt to know a few things, too, and I was helped by remembering what QUARTERRESTS looked like (Squiggly musical symbols), and being aware enough of recent news to guess that the Vespa mandarinia was better known as a MURDERHORNET - once I had that MUR in place. I'm sorry to say, however, that I am not familiar with GEORGESMILEY (Long-running fictional hero who made his debut in "Call for the Dead"), which might have helped in the SE, where I spent my last few minutes.

I enjoyed the clue for MOTHERNATURE (Woman of the world?), and "One getting in on the hustle?" was cute for DANCER. And I couldn't help but notice that BARBEQUE contains the constructor's initials. I'm guessing he noticed that, too, otherwise he might have been more willing to try something else up in that NE corner to get rid of IDED, IDEATE, TETRAD, and ETAILERS, none of which is very scintillating. But I guess LIMBER and REDTIDE are ok.

Overall, I thought this was a smooth Saturday. There was a little glue (OTC, TAI, IVE, LUNESTA), but there were enough laughs (Dessert you might be "liable" to eat? (TORTE)) and ahas (One found among the reeds (OBOIST)) to make the small sacrifices worthwhile.

Posted by Horace Fawley at 8:24 AM