This puzzle strikes me as a good candidate for fellow blogger Amy Reynaldo's phrase "Tuesdays Gonna Tuez." A Tuesday is supposed to be accessible to new solvers by being fairly easy, but it also sometimes tries to coax those same new solvers into the deeper end of the pool by introducing them to crossword darlings like DESI (Arnaz of "I Love Lucy"), LARA (Dr. Zhivago's love), and NEO (Keanu Reeves's role in "The Matrix"). 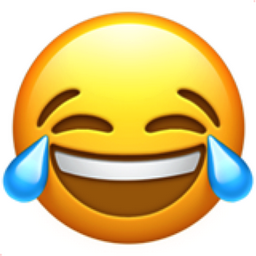 The phrase also conjures up a certain strangeness of theme, and I think today's mix of grid art and barely necessary circles fits that bill. Along with the central revealer, we've got a pinwheel of related entries including SHEERBLISS, HAPPYPLACE, and SHANGRILA. The clouds are darkened a bit, though, by having additional answers of the same length (or longer) appearing right beside the themers. In the SE, I was not entirely sure which of the long answers I was meant to focus on - WONDERLAND or INAGOODWAY. Also problematic were BADSCIENCE and SCRAPESUP (manages to gather, as cash) putting a bit of a damper on the ol' CHEERS-y atmosphere.

On the brighter side, I really enjoyed the clue for COW (Word with cash or holy), and "Take a risk when taking a polygraph test" was a fun to get LIE. And "A flat one is best to skip" is pure genius for STONE. That, by itself, made the puzzle for me.

Lastly, the Wikipedia entry for John von Neumann is a good read. According to one anecdote, the six-year-old Neumann, already able to divide two eight-digit numbers in his head, once saw his mother staring aimlessly and asked her, "What are you calculating?"

It was a bit of an odd duck puzzle, but what should I have expected, I guess, when it started with HOSS (Equine animal, in rural dialect)?