Today's theme answers are two-word phrases whose first words are the last names of famous Billy's, so we have Billy OCEANVIEW, Billy CRYSTALBALL, etc. The revealer, imagines all such people paying dues to belong to a BILLYCLUB, which, is more amusing to think about than its more common meaning.

The puzzle went pretty smoothly for me, but I hit a couple of sticking points, and ended up with a FWOEversight. :( My first ERA was at 5A: "First courses, for short" I entered AbcS, but a different kind of course was intended and the answer was APPS. Ha! At the bottom of that block, I hit another snag. I know the first two letters of "That: Sp." are ES, but because the third letter could be an 'o' or an 'a', I try to remember to look at the Down answer that crosses it. Unfortunately, the Down in this case, was "Southwestern evergreen," which I didn't know. I chose 'o' as the more likely option, but I wasn't super confident, which is why, after completing the puzzle and I got the "Keep trying" message, I focused my attention on that spot. However, I was in the completely wrong AREA. Whereas I had been careful to check the cross on the third letter of ESO, I failed to check any of the the Downs when I entered seES for "Watches" at 69A. It fit with the two Downs whose clues I actually read and entered answers for, but I never looked at the results in other two cases. IFONLY I had checked, I would have had a clean solve. 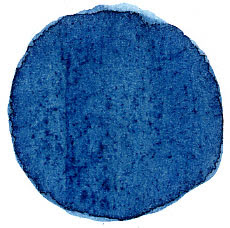 An ECO of the same situation occurred in the northeast. At 18A: "Put up" made me think of canning, but it was the building context that was wanted (ERECT). I think "Do with a pick" at 41A was also intended to mislead, too, but in this case (FRO), I was ONIT.

But enough about my ARTLESS solve. There was enough good fill in the puzzle to form an association including FORAGE, FORBID (not to mention NONO), BAUBLE, and, of course, DUNS.