"Skin," "peel," "zest," and "rind" - all words for the outer edge of a FRUIT, and all formed by the first two and last two letters of the long theme entries.

When we're talking about a lemon, they all mean pretty much the same thing, but you'd never talk about the rind of an apple, or the zest of a grape. Although I usually think of zest as the grated outer rind, not the rind itself. It only becomes zest when it's been removed. Is that how you think of it? Same with "peel," I guess. So in the end it's a little strange, but at the same time, it kind of seems ok, right? Because when you first got to the revealer, you instantly understood it. 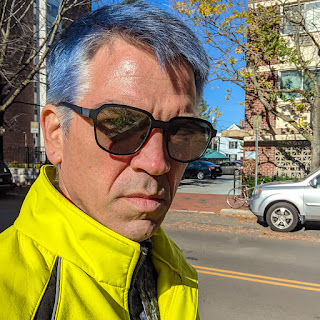 So that's my professional opinion, "It kind of seems ok" - taking into consideration, of course, that I am not a professional reviewer. There's no paywall or "Donate" button on this page. If you want to make me into a professional, you're going to have to try a little harder than that. :)

So anyway, I like that the four theme entries are so very different from one another. SKETCHESOFSPAIN is an album, PEAGRAVEL is a mundane landscaping element, ZEITGEIST is a slightly arcane, highfalutin word, and then we've got the parental command, RIGHTTHISSECOND! If you're the type of person who likes to try to figure out a puzzle's theme as you go along with your solve, good luck to you today. SHEESH!

In other news, the NYTX continues its campaign to legitimize NOSOAP as an actual expression, and not just part of a famous joke. To that I say, "NOSOAP, Mr. Shortz!"

And I did not know "Film auteur Miyazaki"'s first name was HAYAO, so that needed crosses.

Lots of nice fill today - THEWAVES (always nice to have references to Virginia Woolf and/or the beach), IRISHSEA (another SCENIC beach reference), COLOGNE, HERALDS, WRITHES, AVOWAL, RIOTOUS, and ZEPHYR. And I like the conversational OHSNAP and MAKEME side-by-side up in the NW.

Overall, I liked this one fine. Or should I say "It kind of seems ok." Yes, that's much more professional.

Posted by Horace Fawley at 7:38 AM